BUSINESS AND CAREER SUCCESS IS ALL ABOUT ACCOUNTABILITY 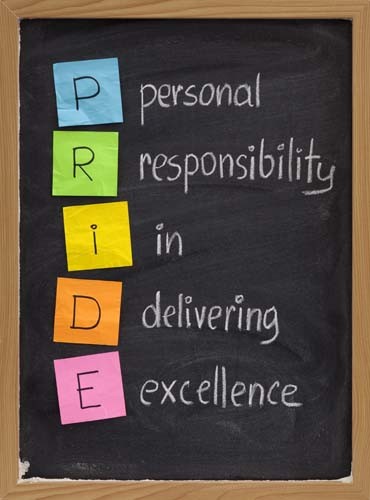 One of the most common requests I hear from business managers and particularly restaurant operators is the desire to learn how to properly hold people accountable for results. While you need to have the right people in place the real issue is proper management.   Many times there is a fear to have a discussion about bad behavior or disappointment so managers will hold off and say nothing or worse yet, make general announcements that are meant to address the behavior of one person.

How does that help a manager who is responsible for team performance? What about an employee who needs to speak up but fears doing so? The results can be devastating when we fair to have accountability discussions.

The book, “Crucial Confrontations”, by Kerry Patterson, Joseph Grenny, Ron McMillan, and Al Switzer really talks about this topic. How do we handle missed commitments, failed promises, and bad behavior with regard to our staff, our boss, our spouse, our children, or any other relationship?

The way I see it the decision to hold an accountability conversation is similar to setting a goal. Why do you want to do it? What will be the benefits of doing it? What will be the consequences of not doing it? Then make sure you know the root problem. Then how will you communicate where the promise has not been fulfilled or where the disappointment occurred. The book points out where a lack of confrontation resulted in tragedy.

Do you remember the Challenger disaster in 1986 when 7 American astronauts were lost in the Florida sky? Investigators later determined that the 0 rings failure had been responsible for the explosion. It was later learned that several months before the disaster, some NASA scientists were concerned that the 0 rings might malfunction in colder weather. But they never confronted the chain of command at NASA. The culture at NASA was such that those who brought up obstacles might not have continued career success. Here, lack of confrontation truly resulted in tragedy. 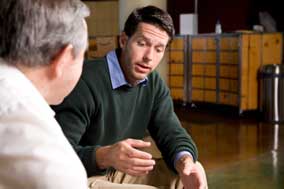 Do you really want to be frustrated over missed commitments, broken promises, or bad behavior? If not I suggest that you understand your personal and company vision and values. When an issue arises, frame the real issue. For example, if the problem is consistent lateness with projects do you frame it as lateness or do you frame it as continued broken promises and reliability. If you need to inform your boss about an important failure you see in the organization do so in the same manner. Learn to have frank and honest conversations about accountability. Above all be accountable to yourself and your values.

Tags:
Accountability Communication
EMPOWER YOUR STAFF BY LETTING GO
DO YOU HAVE A GOAL TO HAVE A BUSINESS THAT DOES NO...

WHAT IS YOUR BIGGEST BUSINESS CHALLENGE? COMMUNICATION!

DEVELOP YOUR EMPLOYEES AND DUPLICATE YOUR SUCCESS

WHAT IS THE PURPOSE OF YOUR MESSAGE? IS IT CLEAR?

DELEGATE YOUR AUTHORITY BUT YOU REMAIN RESPONSIBLE